To Improve The Lives We Touch 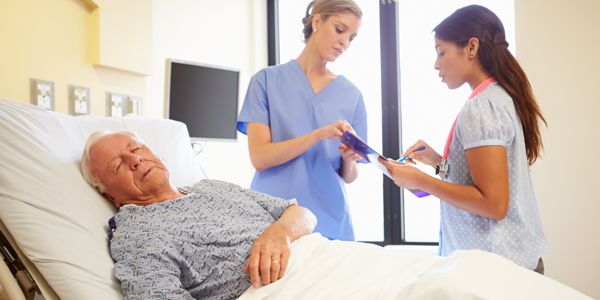 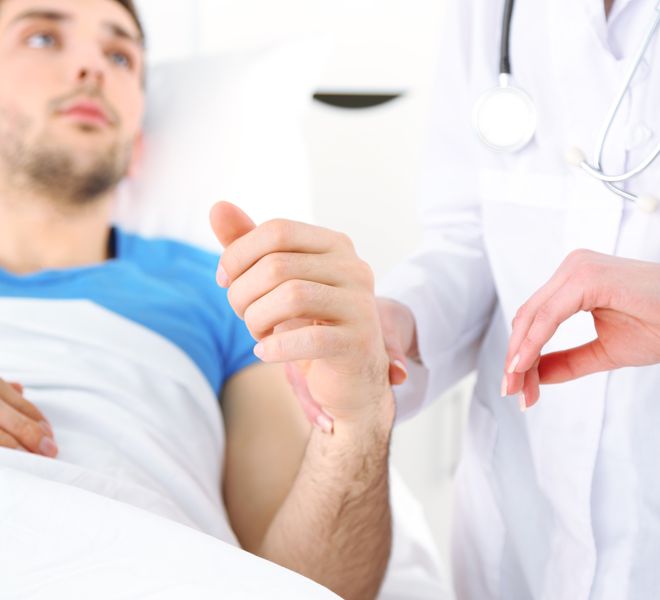 What is an ABI?

This test is done by measuring blood pressure at both ankles and in both arms while a person is at rest.

The ankle-brachial index (ABI) result is used to predict the severity of peripheral arterial disease (PAD).

What is Cardiac Rehab?

Cardiopulmonary has an outpatient rehabilitation program. The program consists of 12 visits total. The patients come twice a week and the program runs approximately 6 weeks. The program consists of two components, exercise and education. The exercise portion is part home exercises given to the patients and part workouts here in the facility. The education portion can cover several topics as related to their illness or surgery such as proper nutrition, smoking cessation, stress management, proper breathing techniques and medications. Each session lasts about 45 to 60 minutes.

Cardiac rehab is indicated for patients who have had an MI (heart attack), CABG (heart bypass), PTCA with or without stents, or valve replacements. The goal of Cardiac rehab is to rebuild strength and stamina in the patient while they are being safely monitored on our cardiac monitors here in the facility as they exercise. Patient criteria: minimum five weeks after MI or cardiac surgery, minimum three weeks following transcatheter procedure (PTCA). Patients must be medically stable with well controlled blood pressure with no evidence of congestive heart failure or uncontrolled arrhythmias (heart beats).

What is an EEG?

An electroencephalogram (EEG) is a test used to detect abnormalities related to electrical activity of the brain. This procedure tracks and records brain wave patterns. Small metal discs with thin wires (electrodes) are placed on the scalp, and then send signals to a computer to record the results.

What is an EKG?

The spikes and dips in the line tracings are called waves.

What is an Event Monitor?

This is a similar device to the Holter monitor although it is designed to wear for much longer time than the usual Holter monitor which enables it to detect less frequent abnormalities of the heart rhythm. The event is generally worn for a month and the patient is able to take monitor off and on themselves so they can shower. The event monitor requires the patient to be aware of their symptoms as it only records when the patient presses the record button.

What is a Holter?

A Holter monitor is a portable device used to record the electrical impulses generated through the heart's activity. It is able to produce a graph similar to the ECG or electrocardiogram which describes the rate, rhythm and the nature of a person's heart beat. The device will receive input from several electrodes (5) attached to the chest. The gadget can be worn by the patient and the difference of this type of device as against the normal ECG is the duration of time in which the heart activity is been monitored.

The Holter monitor is usually attached to a patient for a duration of 24-48 hours and during this time the patient is asked to adhere to his or her daily routine including normal sleep although excessive activities are not recommended. Following completion of the recording, the device should be brought back to SPRHC and they will be able to extract the recording and send a report to the Doctor which depicts the activities of the heart that took place during the monitored 24-48 hours.

What is Incentive Spirometry?

An incentive spirometer is a medical device used to help patients improve the functioning of their lungs. It is provided to patients who have had any surgery that might jeopardize respiratory function, particularly surgery to the lungs themselves, but also commonly to patients recovering from cardiac or other surgery involving extended time under anesthesia and prolonged in-bed recovery. The incentive spirometer is also issued for patients recovering from pneumonia or rib damage to help minimize the chance of fluid build-up in the lungs. It can be used as well by wind instrument players, who want to improve their air flow.

What is a Nebulizer Treatment?

A nebulizer is a medication delivery device used to administer medication in the form of a mist inhaled into the lungs. Nebulizers are commonly used for the treatment of cystic fibrosis, asthma, COPD and other respiratory diseases or disorders.

What is Overnight Pulse Oximetry?

Overnight Pulse Oximetry is a simple test using a small device with a finger probe that uses an infra-red light to measure the saturation levels. The probe is worn on the finger during the night while the patient sleeps and returned in the morning. The results will be uploaded from the device to a computer.

What is a Peak Flow?

The peak expiratory flow, also called peak expiratory flow rate is a person's maximum speed of expiration, as measured with a peak flow meter, a small, hand-held device used to monitor a person's ability to breathe out air. It measures the airflow through the bronchi and thus the degree of obstruction in the airways.

What is a Pulmonary Function Test?

Measures the amount of air the patient inhales and exhales, which can tell how well your lungs are working. Multiple levels of testing are available

The plethysmography test requires the use of a clear booth in which the pressure is increased or decreased. The patient breathes through a tube while the pressure changes. SPRHC uses the same model as used in a major Denver hospital. This is the only machine of its kind in Southern Colorado.

What is Pulmonary Rehab?

Cardiopulmonary has an outpatient rehabilitation program. The program consists of 12 visits total. The patients come twice a week and the program runs approximately 6 weeks. The program consists of two components exercise and education. The exercise portion is part home exercises given to the patients and part workouts here in the facility. The education portion can cover several topics as related to their illness or surgery such as proper nutrition, smoking cessation, stress management, proper breathing techniques and medications. Each session lasts about 45 to 60 minutes.

Pulmonary Rehab is most commonly indicated for COPD, emphysema, or high oxygen dependency following an illness. The goal of pulmonary rehab is to build strength and stamina in the patient all while monitoring oxygen usage and need. Some patients are able to reduce or discontinue oxygen usage after participating in pulmonary rehab.

What is Pulse Oximetry?

Pulse oximetry is a noninvasive method for monitoring a person's oxygen level. In its most common application mode, a sensor device is placed on a thin part of the patient's body, usually a fingertip or earlobe, or in the case of an infant, across a foot.

What is a Sleep Study?

What is a Stress Test?

The patient walks at increasing speeds and incline on the treadmill while the Doctor watches for any abnormalities in the heart. The test continues until a target heart rate is reached o the patient has symptoms such as chest pain or dizziness.